Includes every episode from all 7 seasons on DVD!

Winner of two creative arts Emmy awards and two Golden Globe Awards, Brooklyn Nine-Nine is an American police sitcom. It is set in the fictional 99th Precinct of the New York City Police Department in Brooklyn and tells the story of a team of detectives. With amazing characters, including Captain Ray Holt played by Andre Braugher and Jake Peralta played by Andy Samberg, it is an intelligent series that showcases the chemistry between cops besides telling a story. Watch the shake-ups and mischiefs as the cop crew deals with a new boss and suspicious romances.
Closed Captions and Details
Audio Language Options: English
Subtitle Options: English
Format: Anamorphic Widescreen (No black bars on the top or bottom)
Region Code: Region 1 (Plays in the USA and Canada)
Disc Format: Regular DVD
Condition: Brand New and Sealed 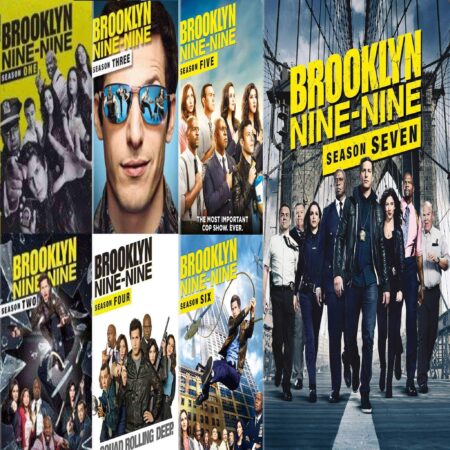