Grace Under Fire is an American sitcom that aired on ABC from September 29, 1993, to February 17, 1998. The show starred Brett Butler as a single mother learning how to cope with raising her three children alone after finally divorcing her abusive husband. The series was created by Chuck Lorre and produced by Casey-Werner Productions.
Grace Under Fire was the highest rated new comedy of the 1993–94 season.
Closed Captions and Details
Audio Language: English
Subtitles: None
Format: Anamorphic Widescreen (No black bars on the top/bottom)
Region Code: Region 1 (Plays in the USA and Canada)
Disc Format: Regular DVD
Condition: Brand New and Sealed 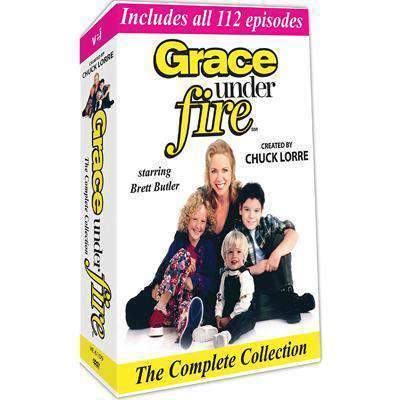