Mad Men The Complete Collection consists of all seven seasons of this hit show. It has bonus materials from all seven season along with previously unreleased audio commentaries for season 6. It is a drama revolving around Donald Draper, one of the most mysterious but extremely talented ad executives at one of the New York’s most prestigious ad agencies. With 15 Primetime Emmy Awards, four Golden Globes, two Screen Actors Guild Awards, and two BAFTAs to its name, this is a highly addicting television series to watch.
Closed Captions and Details
Audio Language: English
Subtitles: English, Spanish
Format: Widescreen 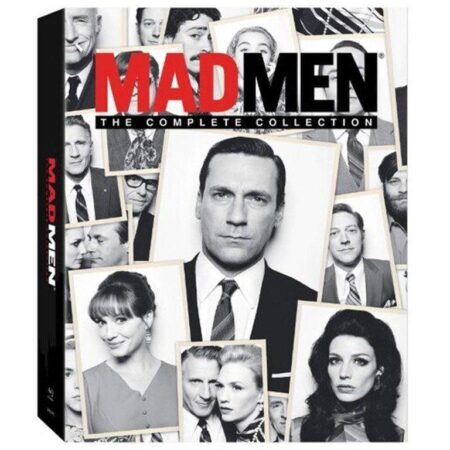